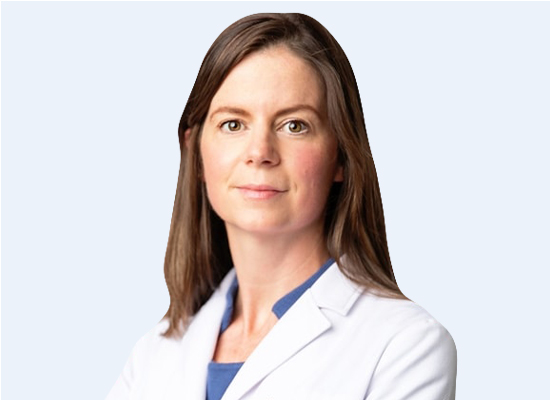 Dr. Chryssa McAlister is an experienced ophthalmologist specializing in LASIK and cataract surgery.

Afterwards, Dr. McAlister completed her ophthalmology residency at the University of Toronto, where she has also since completed a Master of Health Science (MHSc) in Bioethics.

Dr. McAlister has experience performing a wide range of ophthalmological procedures, including cataract and strabismus surgery, intravitreal injections, and a variety of laser correction procedures. In addition, she also specializes in treating pediatric patients with eye disease.

Currently, Dr. McAlister is an eye physician and surgeon at both Saint Mary’s General Hospital and Grand River Hospital. Prior to this, she was a staff ophthalmologist at Mount Sinai Hospital. She is also currently an assistant clinical professor adjunct at McMaster University, having previously been a lecturer and teaching assistant at the University of Toronto.

Dr. McAlister’s work has been recognized through various accolades over the years. In 2019 , she was named the Waterloo Region Record Readers’ Choice for ‘Best Ophthalmologist.’ She also received the Excellence in Teaching Award from McMaster University’s Michael G. DeGroote School of Medicine Waterloo as well as the Chan Award for Excellence in Paediatric Ophthalmology by Toronto’s Hospital for Sick Children.

As an accomplished researcher, she has had her work featured in a number of academic publications, including the Journal of Cataract and Refractive Surgery, the British Journal of Ophthalmology, and the New England Journal of Medicine. Dr. McAlister has also been invited to present her research at various conferences throughout the years, such as the Toronto Cataract Conference, the Canadian Ophthalmological Society Meeting, and the World Ophthalmology Congress.

two decades worth of experience

TLC is home to a team of experienced and knowledgeable surgeons. Your surgeon will use modern technology and follow specific clinical protocols to help give you the best possible results and maximum satisfaction.